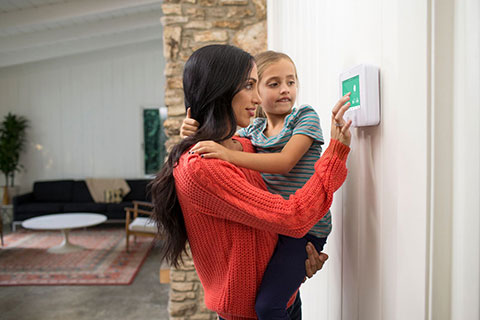 A smart home is a home that is equipped with a system to automate and remotely control lighting, doors, thermostats, audio & video entertainment, security & surveillance, and any number of connected household appliances in ways that streamline the mundane tasks involved with operating a modern household. While it’s true that programmable and semi-smart devices like motion lights, home security systems, programmable climate controls, and automatic sprinkler systems have been available as stand-alone features for decades, strictly speaking, those features don’t constitute a smart home. The defining feature of a smart home rests on the distinction between programmability and intelligence. And the intelligence that makes a smart home truly smart comes from a centralized, interconnected control hub. A good smart home hub is one that bundles the full suite of smart devices into a rich communication ecosystem that enables users to control each component from a single control panel, or with voice commands, and in some cases enables components to respond to one another without direct interaction from the user.

Yes, in homes with basic programmable control systems you can set a smart thermostat to adjust to different temperatures depending on time of day, time of year, and so on. Or you can set sprinkler systems to water a certain number of days per week, for a certain duration, and at a certain time of day. In both of those examples the act of programming remains tethered to each respective control panel. In a smart home programming can be done from a mobile device, a desktop computer, or at a central control panel. Not only do smart homes make operating your home’s controls simpler and more convenient, they also provide you the ability to:

We can thank recent advancements in smart home platforms for the benefits listed above. Because of those advancements today’s smart home platform bundles all the formerly stove-piped home control systems into a single interface. Imagine that instead of opening one app to control your lights, then switching to another app to control your thermostat, then another one to arm your security system, you can all your smart home automation and controls from just one app. In today’s smart home industry, offering that level of interconnectedness is required to remain competitive in the market, and continuously valuable to consumers. It is the new standard by which the smart home category is measured.

Exponential growth is being observed across the entire Internet of Things (IoT) category. In fact, the market research firm, Gartner, expects 6.4 billion IoT devices will be put to use in 2016. That’s just a billion shy of GeoHive.com’s 2016 estimate for the global human population. That number is an increase of about 30 percent over 2015, but it’s not a shift in trends. If there is a shift in trends worth mentioning, it’s that after a few years of robust development and growth in the IoT device market, advancements in the IoT platform and IoT Operating System categories are bringing the accessibility of smart homes to the awareness of average consumers. Smart home technology is arguably the most consumer-facing subcategory of the greater IoT. And now that smart home platforms have made the technology so user-friendly and accessible, the number of smart homes is growing across the U.S.

The Vivint Smart Home platform, for example is installed in about 1.2 million homes so far, and that number increases every month. A recent Business Insider1 report estimates Amazon Echo, the connected speaker and voice command hub for smart homes, has been installed in around 1.6 million homes, but other polls estimate that number to be closer to 3 million. Whatever the exact numbers are, the report decisively concludes that “smart home devices are becoming more prevalent throughout the U.S.’ Meanwhile, Gartner also predicts that IoT OS and IoT Platforms will each rank among the top 10 selling IoT categories over the next few years.

Related Article: Just For You: A Personalized Smart Home

Maybe you have been assuming that kind of technology, and that degree of connectedness is too futuristic and probably far too expensive for the average homeowner to install and maintain. Even among those who say they’re interested in incorporating smart tech into their homes, there seems to be the underlying assumption that the only way to affordably acquire a complete smart home is to replace existing components one by one, over time, and tackle installation and maintenance on a DIY basis. None of those assumptions are actually true. The truth is, you can get a fully connected and integrated smart home package professionally installed and pay only a nominal activation fee. Vivint Smart Home, furnishes all the equipment you need for a state-of-the-art smart home—up to $1500 worth—completely free.

Professional installation by one of their Smart Home Pros is provided free. The only fees consumers pay up front is a basic activation fee, which averages around $100 but varies somewhat depending on the package and number of add-ons. Service subscriptions carry about the same monthly cost as the average smartphone contract. That’s it.

Soon almost every appliance in your house will be connected

In March 2016, Scripps Networks Interactive conducted a smart home survey that included questions regarding which devices consumers were most looking to purchase, and which ones they already own. Based on the opinions of 699 respondents, the survey concluded that the household devices consumers most want to upgrade to smart devices include:

That may seem like a pretty robust list. By today’s standards, those are just the basics. In fact, Gartner expects that much of the everyday, domestic equipment found in the average home will adapt smart functionalities—a combination of sensing, processing, and wireless communications—over the next few years. Meaning, that list is going to grow. Statista.com expects spending in the U.S. on smart home devices will generate $9.7 million in 2016 and jump up to $16.7 million by 2018. The primary driver behind the current upswing in smart device sales is the fact that there are now scalable, cross-compatible platforms, like Vivint Sky, that bundle the full spectrum of components together into a comprehensive smart home solution.

The cross-compatibility of the Vivint Smart Home CloudTM platform

For reasons of functionality, and in some cases FCC regulations, smart home components communicate through an array of long-range and short-range protocols, including internet wifi, cellular, Z-Wave, Ethernet, and the 345 MHz short-range radio band. The Vivint Sky Control panel centralizes smart home data, while also moderating communications between smart devices and the homeowner. Here’s a breakdown of the benefits the Vivint Sky smart home gives you explained by summarizing how the platform’s interconnectivity works:

Despite the major breakthroughs we’ve seen in the smart home market, it’s really still in the early stages of development. The original intention underpinning smart homes was to help homeowners resolve security, energy, and household management problems. As the smart market matures, and as the technology becomes more and more refined, there are some industry experts who expect to see the smart home category expand to include benefits like home care for the elderly, monitoring of pet health and safety, maintaining connections with children and teenagers while away from home, and rental property management.

Learn more about complete smart home systems and find out how to get $1,500 of free equipment. 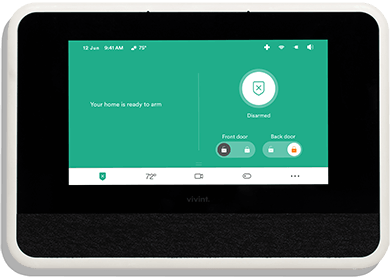 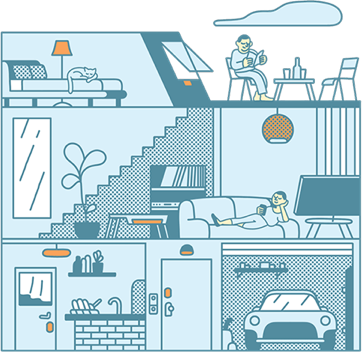 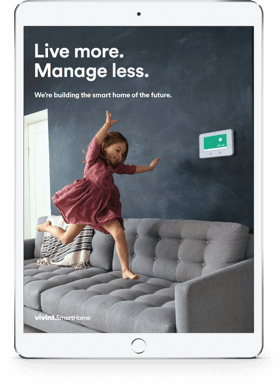 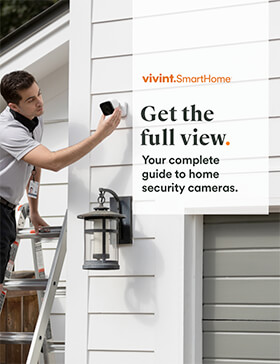 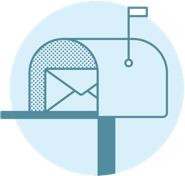